7 Russian movies that will make you cry

Most of Soviet and Russian dramas are devoted to World War II. We chose (in our emotional opinion) the most heartbreaking of them, as well as other non-war movies that are equally emotional and won’t leave you indifferent. Unlucky fate, first love drama, tragic misunderstandings between parents and kids, as well as one very sad dog tale. 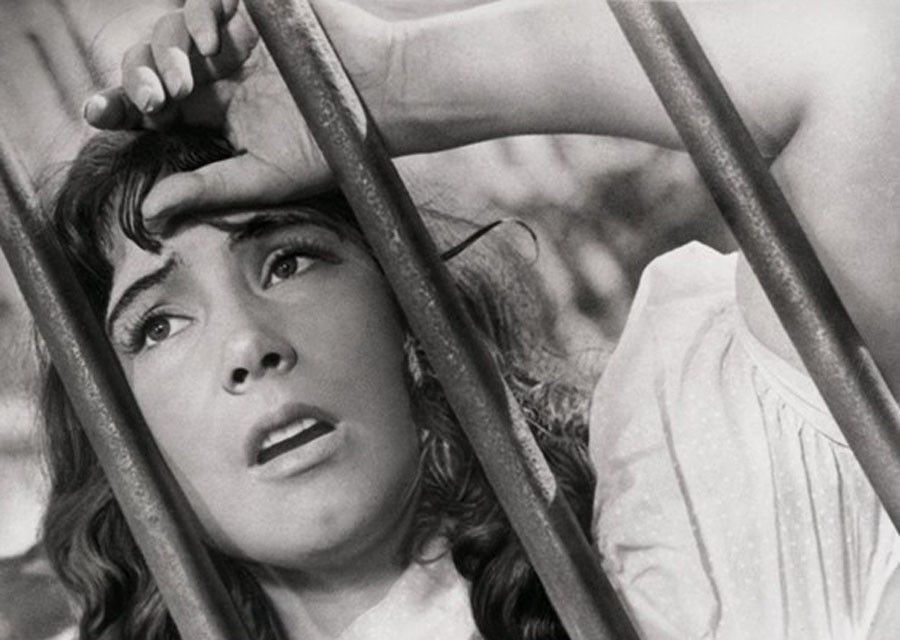 Young and beautiful Boris and Veronika are happy and in love. They are about to get married and romantically walk along Moscow until the very dawn. When they get home, they find out that that very night the war has broken out. Boris goes to the frontline as a volunteer and the war forces him and his girlfriend go their separate ways. Will they ever meet again? Will they survive?

Directed by Mikhail Kalatozov, The Cranes Are Flying was awarded the Palme d’Or at the Cannes Film Festival. This drama was the first to change the face of Soviet war cinema. It depicts the drama happening not only on the battlefield, but also deep behind the front lines. War and loss touches and ruins the lives of all the people, even civilians, not only soldiers. 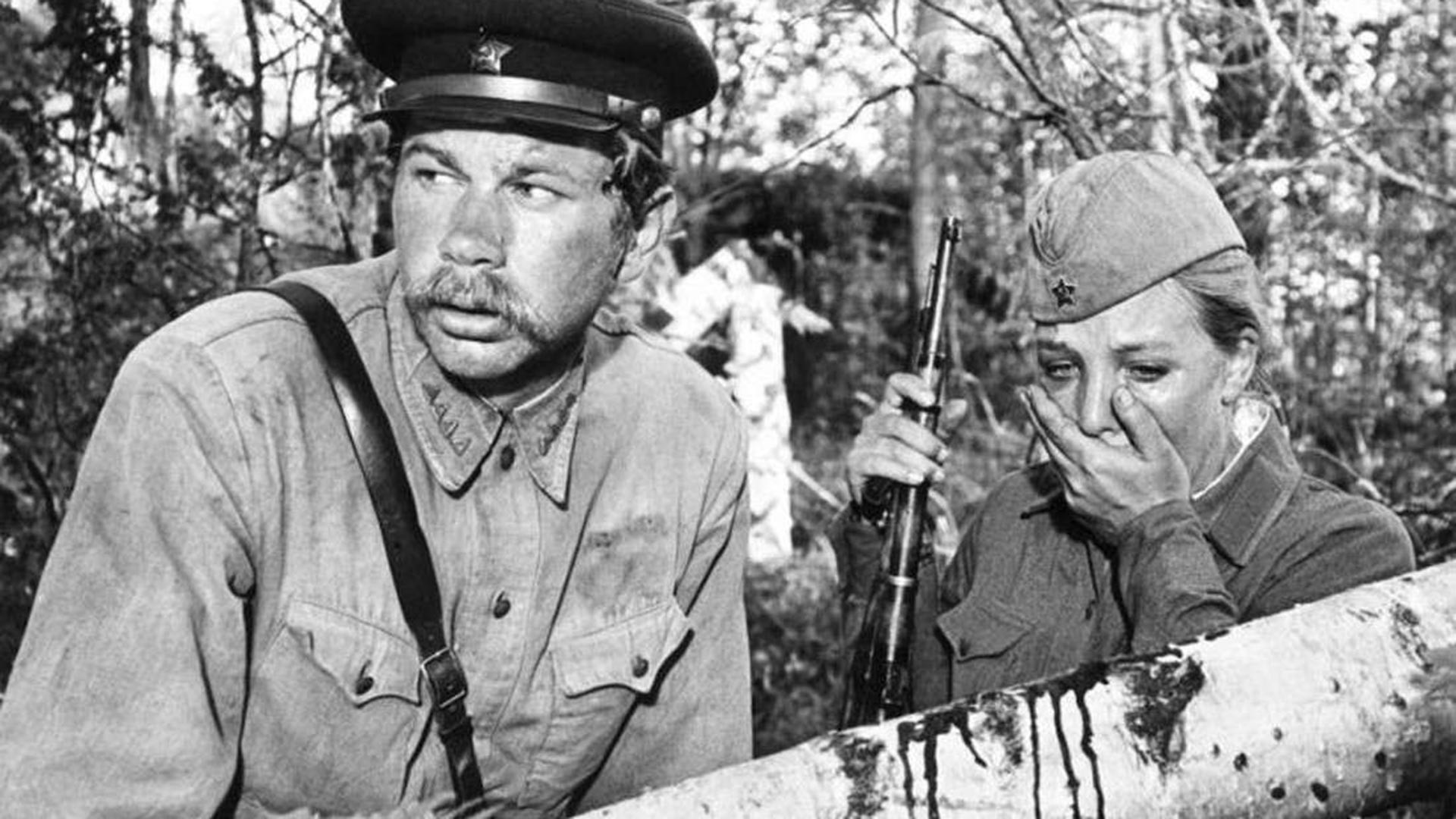 World War II, Eastern Front, forests of Karelia, north of Russia, 1942. Company Sergeant Major Fedot complains that all his soldiers are getting drunk and having fun and not taking the situation seriously. So the commanders send him new soldiers – five young girls just graduated from school. They detect dozens of Nazis scouts in the forest and Mayor Fedot has to fight them with just his five-girl unit… Sadly, not all of them will survive this unequal fight.

Directed by Stanislav Rostotsky, the movie is based on the novel The Dawns Here Are Quiet by Boris Vasiliev, which was one of the most popular books about World War II in the USSR. While all Soviet war movies are incredibly sad, this one will just break your heart. 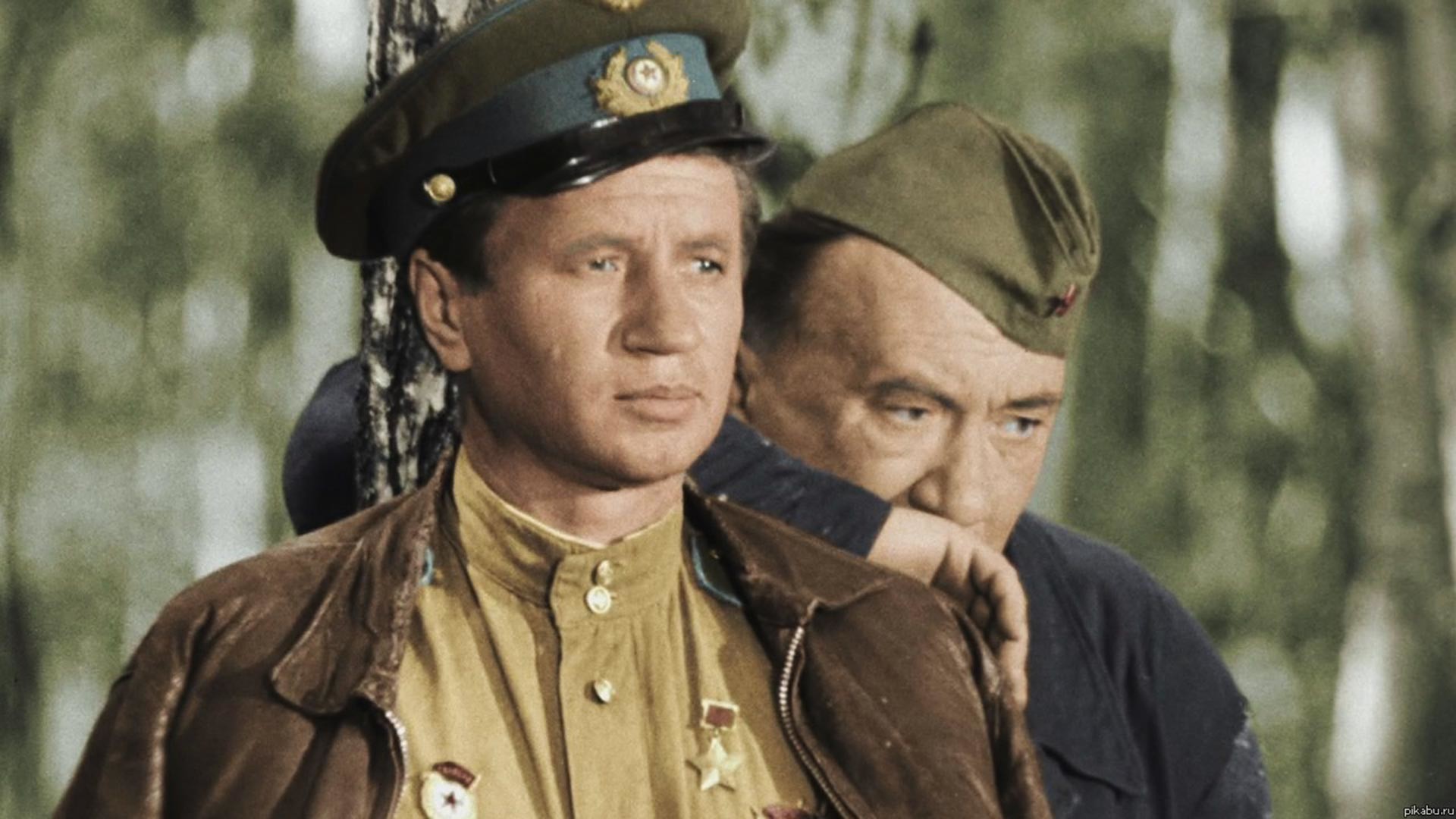 A squadron of the Red Army has just received new pilot graduates. The brave and naive young men are eager to fight and shoot down Nazis fighter planes. However, the more experienced pilots, nicknamed ‘old men’ don’t let the young bucks into the fight. They want them to take their time, train a little more. They know how risky those flights are. The squadron is incredibly amicable and even has its own amateur orchestra. A spectator falls in love with each of those pilots only to find out that not all of them will turn back from their missions…

Directed by Leonid Bykov, who also plays the main character, this is one of the most popular movies about World War II and is broadcast on Russian TV every Victory Day. The movie has also immortalized a great war-time song called Smuglyanka, which is still incredibly popular in Russia. 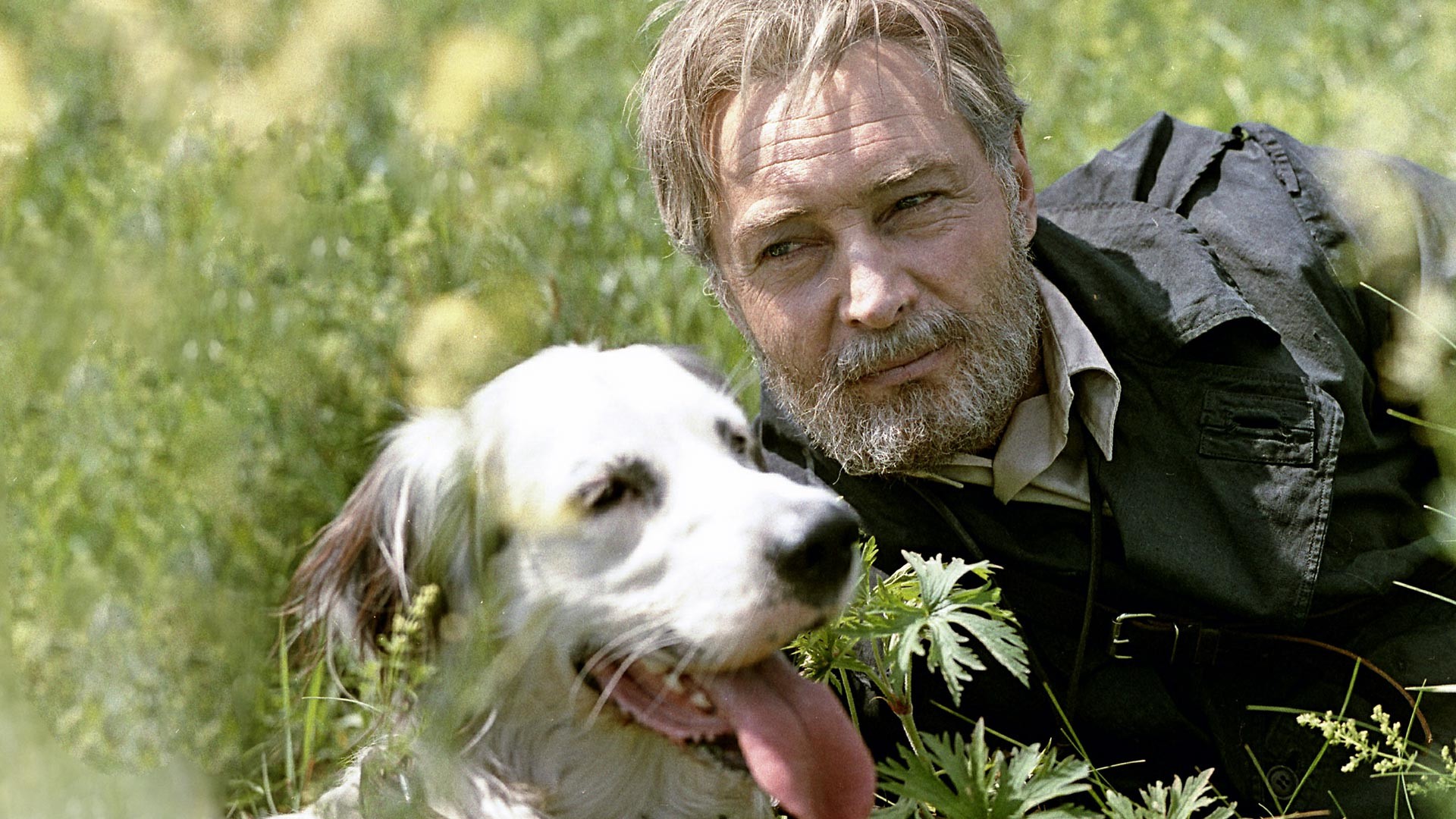 An English Setter called Bim has a unique coloring – he is white, but has a black ear. His human owner is Ivan, a retired World War II veteran. He takes Bim into the forest to hunt and they spend good bachelor time together. One day, Ivan has to leave for surgery and asks a neighbor to care for Bim for a while… But Bim escapes to look for his master. Will they meet again? No spoiler.

Directed by Stanislav Rostotsky, this movie was an Oscar nominee for Best Foreign Language Film. It was also recognized as the best movie of the year, according to the Soviet Screen magazine’s reader poll. And not by accident – after watching this story, you will think the tale of Hachiko is a walk in the park! 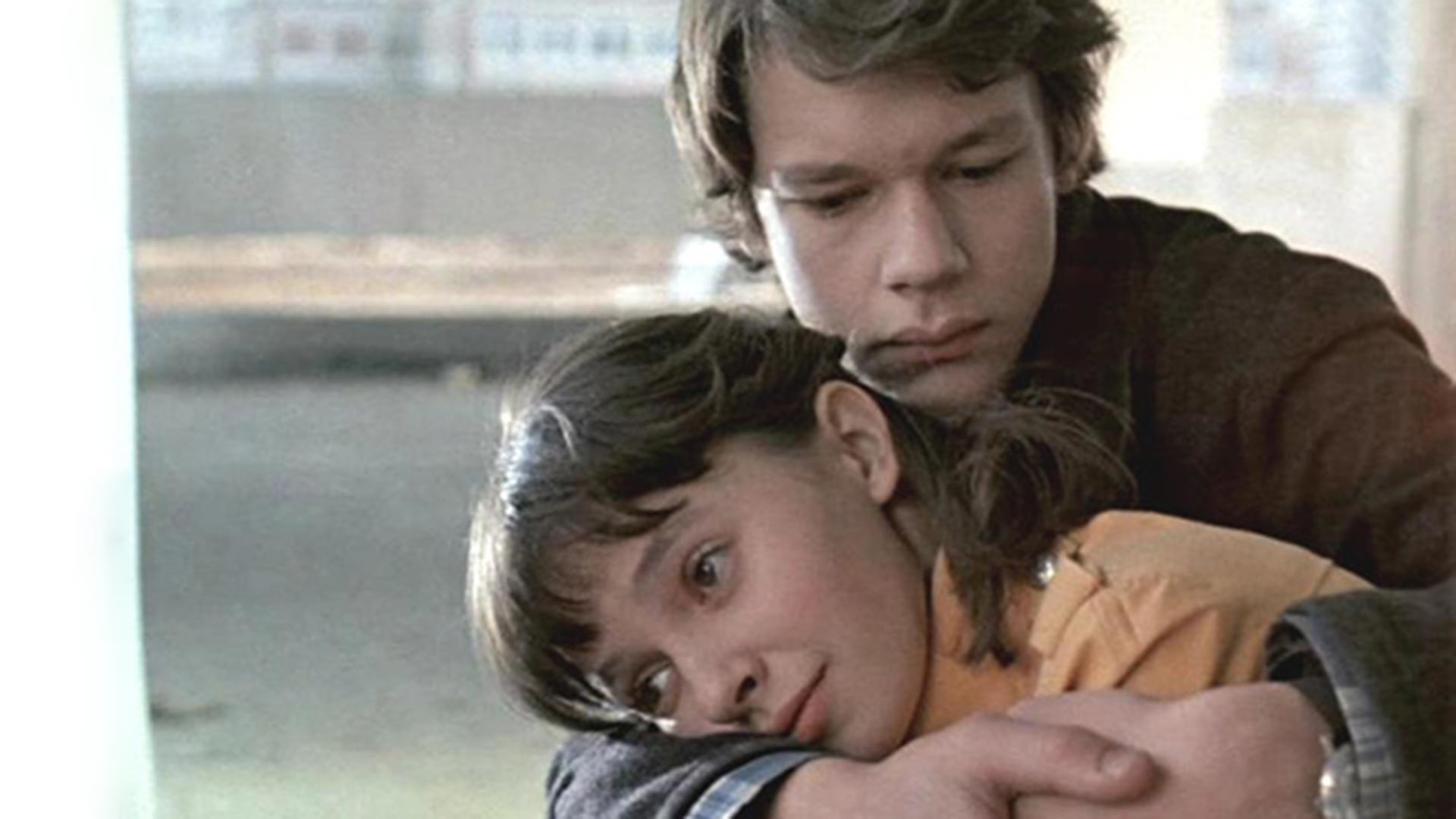 Roma and Katya are high school students who fall in love and start a very innocent, tender relationship. However, Roma’s mother is against this love; she is jealous and doesn’t like Katya, as Roma’s father used to be in love with Katya’s mother when they were young. Roma’s mother tries to ruin the kids’ love and separate them, but of course she only makes things worse…

In Soviet cinema, kids and teenagers were often shown in the context of childhood, funny games, or in the opposite in heroic and high moral scenes. Directed by Ilya Frez, this work is one of the rare Soviet teenager dramas that talks about love. And the soundtrack is a heartbreaking, popular song. 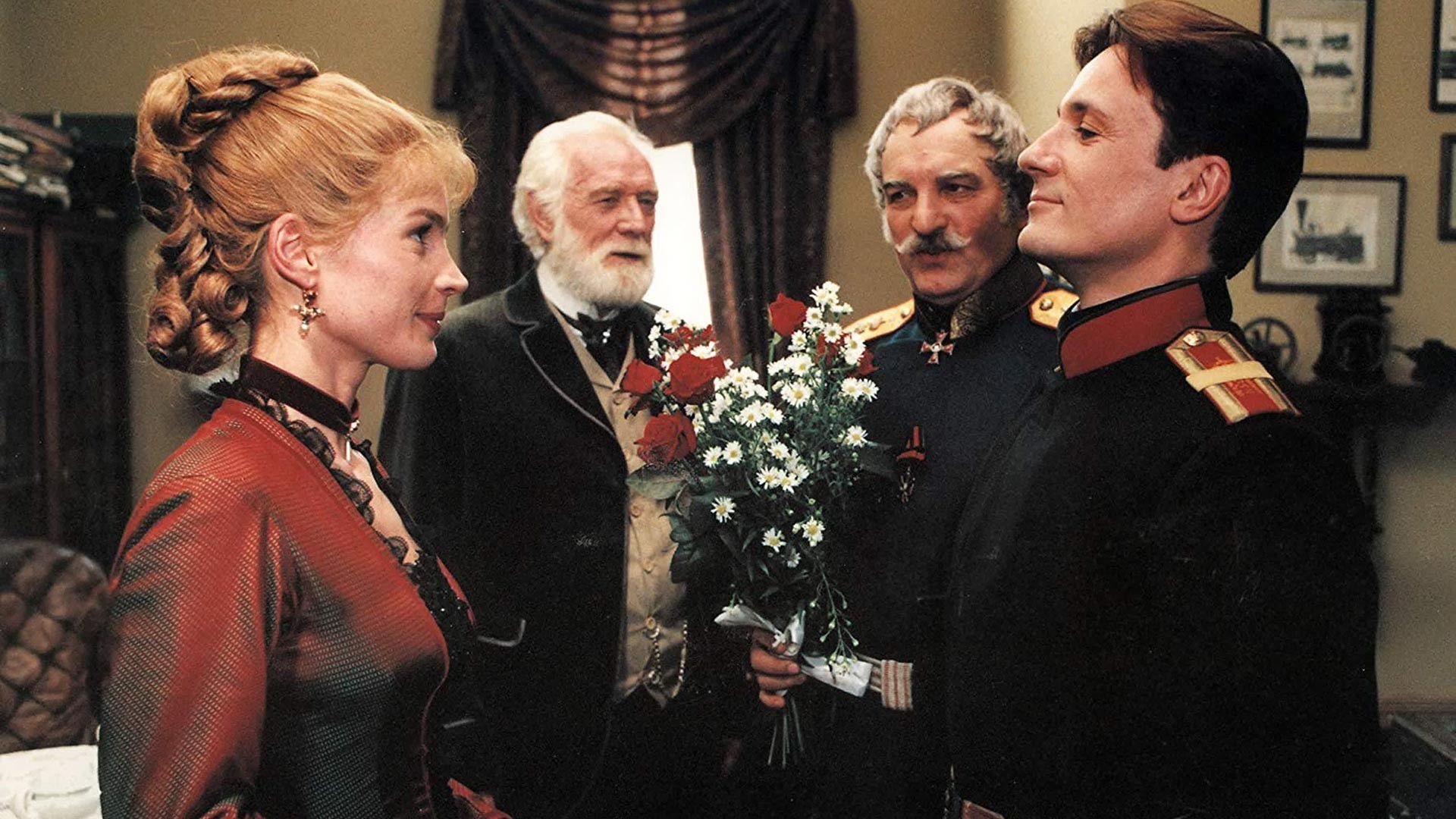 The late 19th century. An American engineer brings his new invention to Russia – a machine that can cut wood automatically. His young and beautiful wife Jane accompanies him to Russia and meets a young Junker (a low-ranking officer trainee) enrolled in Imperial military courses… and of course they fall in love. Turbulent times, youth, bravery and mad actions… bring the Junker finally to Siberia. Will Jane remember him?

This is an epic work directed by Nikita Mikhalkov and it will make you not only cry, but also laugh, smile, adore – and shows many sides of the life of Imperial Russia – from the tsarist and noble circles to the ordinary peasants. English actress Julia Ormond plays the main female role, while her partner is famous Russian actor Oleg Menshikov. 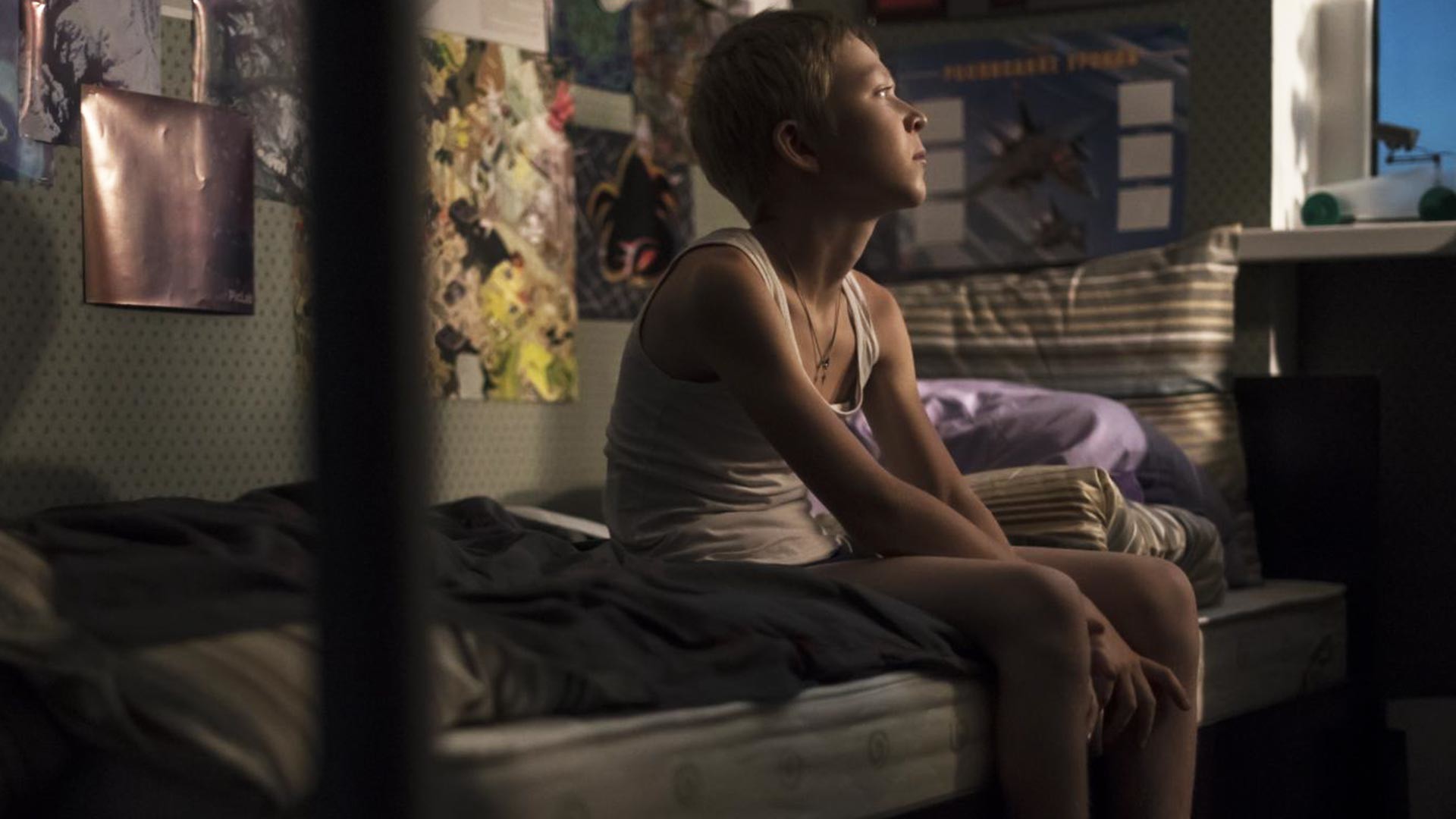 Boris and Zhenya are married, but there is no longer love between them. They decide to divorce, but none of them wants to take care of their son, Alyosha. Both think he would disturb them from living their new lives. Alyosha hears their talk by accident and, incredibly upset, runs away. Not at once, but parents soon find out that the boy has disappeared and start to look for him with the help of others…

Directed by Andrei Zvyagintsev, probably the most famous director in modern Russia, this movie was awarded with the Cannes Festival’s jury special prize and was nominated both for an Oscar and a Golden Globe in the Best Foreign Language Film category.