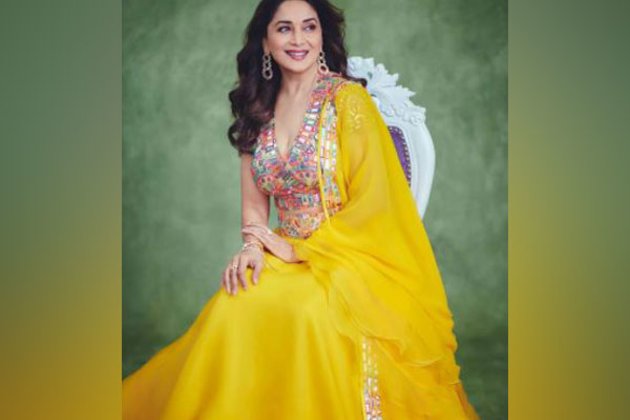 The ‘Dhak-Dhak’ girl of Bollywood treated her fans with a series of scintillating posts from the shoot.

With the post in which Madhuri is seen flaunting her million-dollar smile, she wrote, “Sunshine state of mind.”The post garnered more than 1 lakh likes while scores of fans chimed into the comments section and left fire and lovestruck emoticons.

On the work front, Madhuri was last seen in the movie ‘Kalank’, in which she co-starred along with Sonakshi Sinha, Alia Bhatt, Varun Dhawan, Aditya Roy Kapur, and Sanjay Dutt. She will be next seen in the third season of the dance reality show ‘Dance Deewane’ as a judge with Dharmesh Yelande and Tushar Kalia from February 27, this year. (ANI)