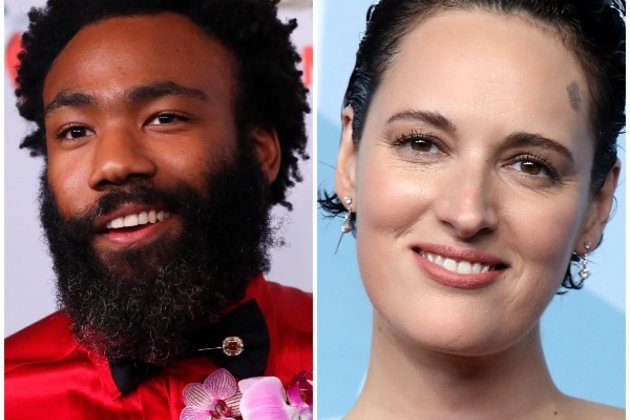 Washington [US], February 13 (ANI): Hollywood stars Donald Glover and Phoebe Waller-Bridge will be putting a new spin on ‘Mr. and Mrs. Smith’ for New Regency and Amazon Prime Video.

Glover and Waller-Bridge will star in and executive produce the series.

Former NBC Entertainment president Jennifer Stalke made the announcement via social media, posting a video to Instagram Stories with details of the project. Amazon Studios head Jennifer Salke also posted the news of the new show to her Twitter account on Friday.

“Talk about the dream team! Donald and Phoebe are two of the most talented creators and performers in the world. It’s truly a dream for us, as it will be for our global audience, to have these two forces of nature collaborating as a powerhouse creative team,” Salke said in a statement- reported Variety.

“‘Mr. and Mrs. Smith’ is an iconic property, and we can’t wait to see how Donald, Phoebe and Francesca make it their own. We’re thrilled to be working with them, and with such great partners at New Regency,” she added.

The new take on ‘Mr and Mrs. Smith’ is neither Glover nor Waller-Bridge’s first project with the studio. Waller-Bridge created and starred in the hit series ‘Fleabag,’ which collected six Emmys, including Outstanding Comedy Series in 2019, while Glover’s musical film ‘Guava Island’ is also an Amazon Original.

The series was co-created with Francesca Sloane, who will serve as showrunner, and has her own overall deal at Amazon Studios. New Regency’s Yariv Milchan and Michael Schaefer and Wells Street Films’ Jenny Robins will executive produce.

Glover and Waller-Bridge starred as Lando Calrissian and droid L3-37 in 2018’s ‘Solo: A Star Wars Story,’, displaying noteworthy natural chemistry and comedic relief to the high-flying space adventure. And since, the Emmy Award-winning creators of ‘Atlanta’ and ‘Fleabag,’ have been publicly supportive of each others’ careers. In 2019, Glover shared his admiration while presenting Waller-Bridge with the British Artist of the Year honour at the British Academy Britannia Awards. (ANI)