Nearly 15 million Mormons are spread across the world, yet the rest of the population seems to know little about them or their beliefs. They seem like wholesome people, but what are their lives actually like? What rules are the Mormons supposed to follow?

It’s a question worth asking because it turns out that there are quite a few rules — and some of them are a lot weirder than you might expect. 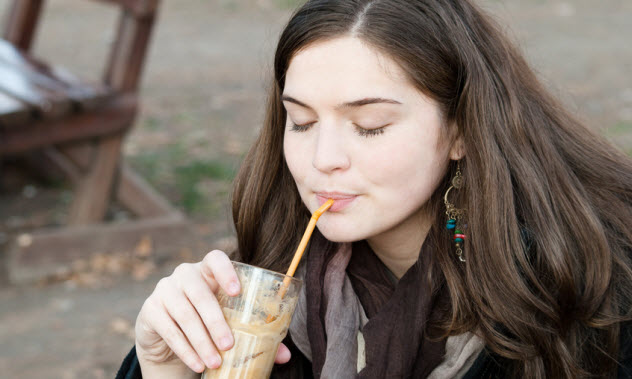 While Christians are happy to go around turning water into wine and drinking until they pass out naked in tents like Noah, Mormon scriptures specifically forbid all the most dangerous substances: alcohol, tobacco, and drinks slightly warmer than room temperature.

Most of the time, this “no hot drinks” rule is interpreted as meaning “no coffee or tea.” That might make sense if it’s a rule against caffeine because caffeine is addictive.

But strangely, it’s not a rule against caffeine. The Mormon Church is totally fine with people consuming as much caffeine as they can handle — just as long as it’s slightly chilled. They have specifically stated that Coke, Pepsi, and any other form of caffeine is completely fine as long as it’s not heated.

9 Missionaries Can Only Play Half-Court Basketball

Mormon missionaries get all the weirdest rules. These are the people in the white dress shirts who come knocking on your door, wondering if you have time to talk about the Book of Mormon. They’re kind, cordial, and subject to some incredibly strange rules.

Like the one saying they can’t play basketball unless it’s a half-court game. Missionary rules are extremely explicit about this: Missionaries can’t play in leagues, in tournaments, or on a full-size, regulation basketball court. Even with half-court basketball, they’re not allowed to keep score.

So, if you ever get challenged to a game of ball by a missionary — which actually happens a lot — invite them out to a full court and see how they react. 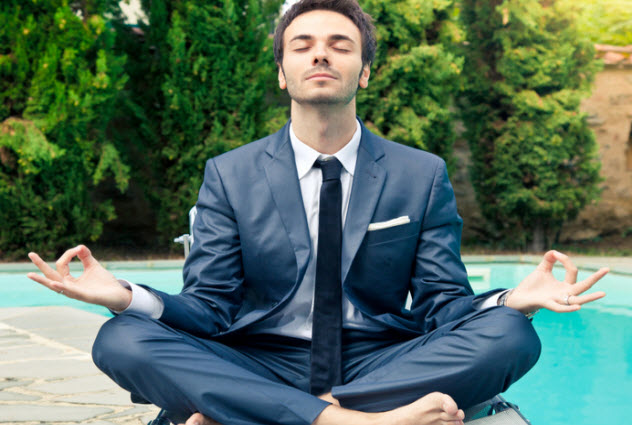 Playing half-court basketball is actually a luxury for these missionaries. Almost every other sport is completely off-limits — especially swimming. According to the missionary handbook, they can “never go swimming.” Ever.

These rules aren’t completely insane. The Mormon Church is strongly against full-court basketball and playing Marco Polo in local swimming pools because they’re worried about injuries. They don’t want to lose a single second of door-to-door proselytizing. So they do everything they can to keep their missionaries from getting hurt.

7 Missionaries Can Only Call Home Twice a Year 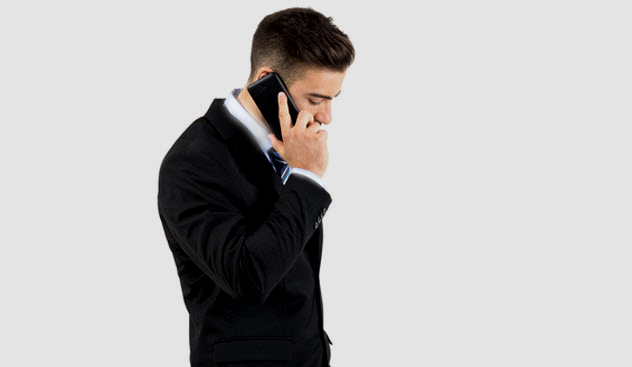 Missionaries don’t get to see their families, either. If they want to talk to them, they have to wait until Christmas because Mormon missionaries are only allowed to call home twice a year — on Christmas and Mother’s Day.

Those boys in white shirts who knock on your door aren’t allowed to do much else. They start working at 9:30 AM every day but Sunday and don’t stop until 9:30 PM. Everything else is considered to be a distraction — including their parents.

When they do make their one call, they’re expected to get off the phone in 30 minutes. That’s the only contact they get. Their families aren’t even allowed to visit.

6 No Eating Meat In The Summer 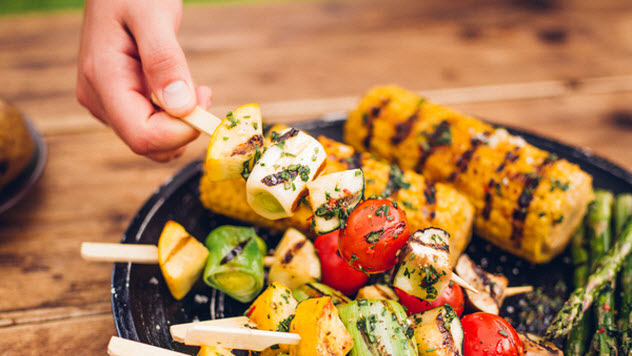 Most Mormons don’t even know about this rule. Officially, Mormons are supposed to be almost entirely vegetarian. The Mormon scriptures clearly state that meat “should not be used, only in times of winter, or of cold, or famine.”

Which is not what actually happens. If you invite a Mormon to a barbecue, he’ll probably eat as many cheesesteaks as anybody else there. But that doesn’t mean his family’s undergoing some terrible famine that he’s too polite to bring up. It’s just because, like the Bible’s “no wool-linen blends” rule in Deuteronomy 22:11, this one doesn’t get followed very often.

But it is definitely a rule. Major Mormon leader Brigham Young supported the rule and told his followers only to touch meat during famines. Nearly every other major Mormon leader has endorsed it, too. So next time a Mormon friend drops by, pass him a veggie burger.

5 Keep Three Months’ Worth Of Food Stockpiled At All Times 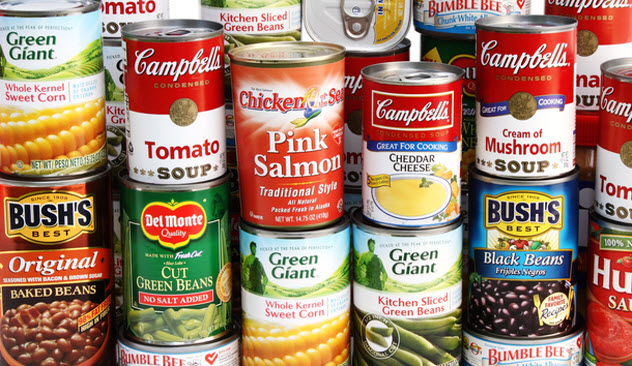 As proud as the Boy Scouts are of their “always be prepared” motto, they have nothing on the Mormons. The church tells its followers that they live in tumultuous times and need to be self-reliant for anything that comes — whether it’s the apocalypse or a personal tragedy.

Every church has an emergency response plan ready for its ward to keep the church members safe in the event of a catastrophe. The people are expected to be ready, too. The church instructs every member to keep an emergency shelter ready with a three-month supply of the food they eat daily. 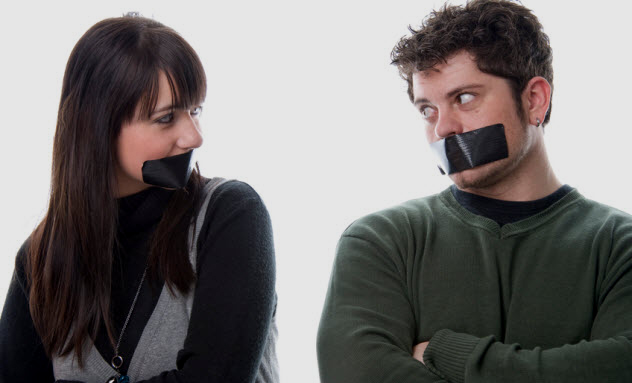 Originally, the Mormon faith was hardly the faith of prudes. Joseph Smith had 34 wives, and it’s generally assumed that they did more than play cribbage together. Over time, though, the religion started to change and, toward the 1970s, started getting tough on sexual immorality.

Mormons wouldn’t stand for this, and the oral sex rule got struck down within a few years.

3 No Moving During Sex 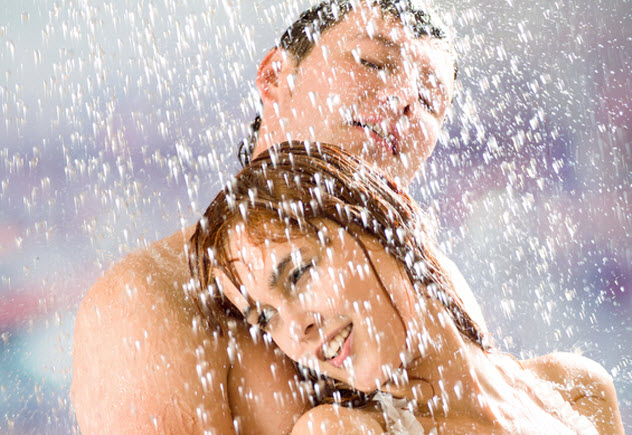 This one’s more of a loophole. A rumor came out a while back that the students at Brigham Young University (BYU) — America’s major Mormon University — had found a way around the rules forbidding premarital sex by doing something they called “soaking.”

Here’s how “soaking” works. First, a boy places himself very carefully inside the woman. Next, they don’t do anything. At all. And that’s all of the steps.

The couple just sits there “marinating” as one person put it. They stay very still trying to make sure that they don’t break the girl’s hymen. They figure as long as it’s intact, they technically didn’t have sex.

“Soaking” is by no means condoned by the church. But apparently, it was bigger than Pokemon Go at BYU a few years ago. At least, that’s the rumor. The story, first spread by a TMZ reporter, was never picked up by major news outlets — which makes it a little suspect. Unofficially, though, BYU students have confirmed the story on message boards and websites all over the Internet.

2 No Criticizing The Leadership 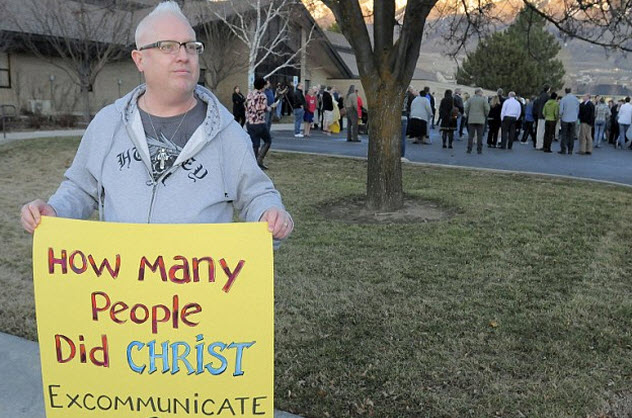 If a Mormon has a problem with any of these rules, he’s welcome to his opinion — as long as he keeps it to himself. A Mormon who writes articles or makes public statements against the church can get in a lot of trouble, and the church is ready to stop them.

The church has a committee called “The Strengthening Church Members Committee,” which is sort of like a Mormon version of the NSA. They spend all their time reviewing and keeping files on every member of the church — especially about everything the members write.

If a member is caught criticizing the leadership, the committee notifies their bishop, who is required to confront the person about it. They sit down and try to get the member to stay in line — or else. If a member doesn’t comply, they can pay for it in more ways than just being excommunicated. Allegedly, people have lost their jobs for speaking out against the church. 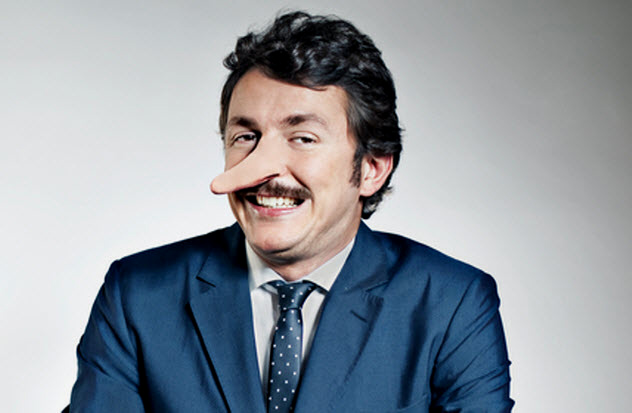 Mormons can’t do much, really — except lie. They share the Ten Commandments with Christians, Muslims, and Jews, but that commandment about not giving false testimony doesn’t really hold the same ground in Mormonism that it does in the other religions.

At least one Mormon has claimed that Mormons are raised “with the idea that it’s okay to lie if it’s for a higher cause.” Not every Mormon agrees with this statement, but it may hold a grain of truth. Apparently, throughout the history of the church, it has been okay to lie to outsiders if it protects the church.

According to anthropologist Daymon Smith, this stemmed from fighting the government over polygamy. Early Mormons faced a lot of legal problems because of their marriage traditions. They lied so much to keep their communities safe that it just became a cultural habit.

So there are a lot of things that Mormons can’t do. But at least, they have the freedom not to admit it.

Mark Oliver is a regular contributor to Listverse. His writing also appears on a number of other sites, including The Onion’s StarWipe and Cracked.com. His website is regularly updated with everything he writes.

Celebrity eyelashes have become very popular. This has led to …
February 10, 2020
5 min read